An artist who continually challenges the idea of an orthodox world of pure ceramics through her use of found objects and experimentation of form and material. "Materials are the source of the ideas as well as their expression." Lowndes quoted in 1987.

Gillian Lowndes was born in Cheshire in 1936 but spent much of her childhood in India. She began her studies at the Central School of Arts and Crafts in London then later at the Ecole des Beaux-Arts in Paris. It was at the former where she met fellow potter Ian Auld who later became her husband.

She had her first solo show at the Primavera Gallery in London in 1961 which marked a new style of making for her, building forms using various techniques including pinching, coiling and slab forms. A scholarship offer to Auld in 1970 took them Nigeria where African influences proved a revelation to Lowndes’ practice.

They returned to England and in the late 1970’s she began to define her practice by building and fusing clays with found objects. Her work is experimental, using different slips and clay over household objects, often burying it in sand during the firing process. 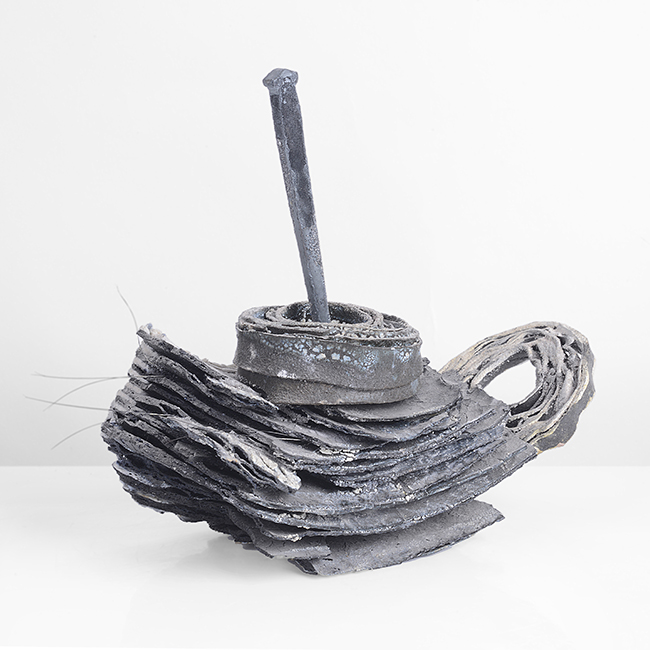 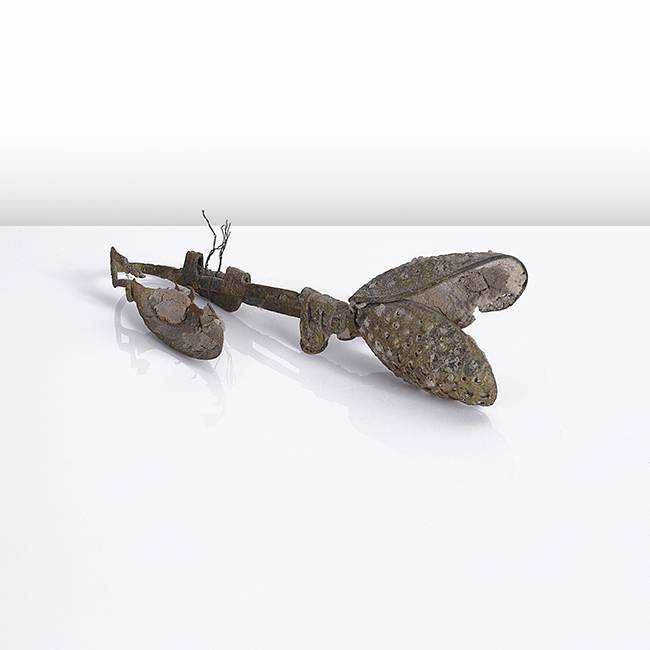 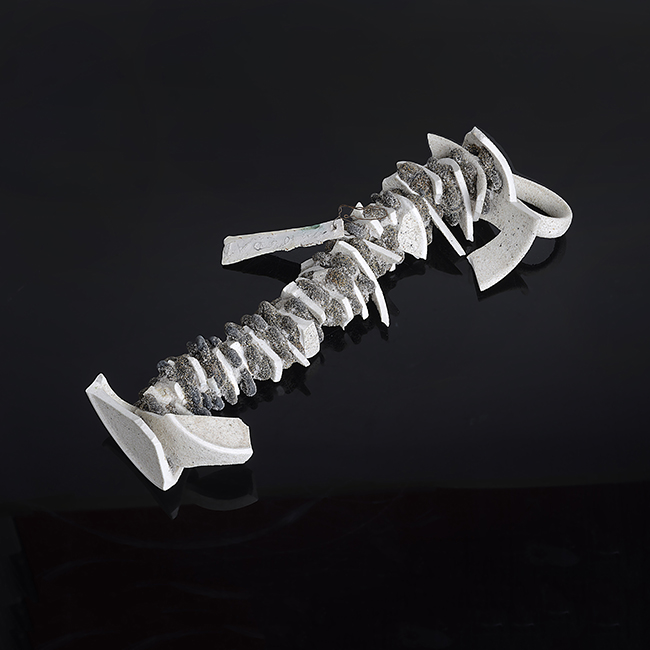 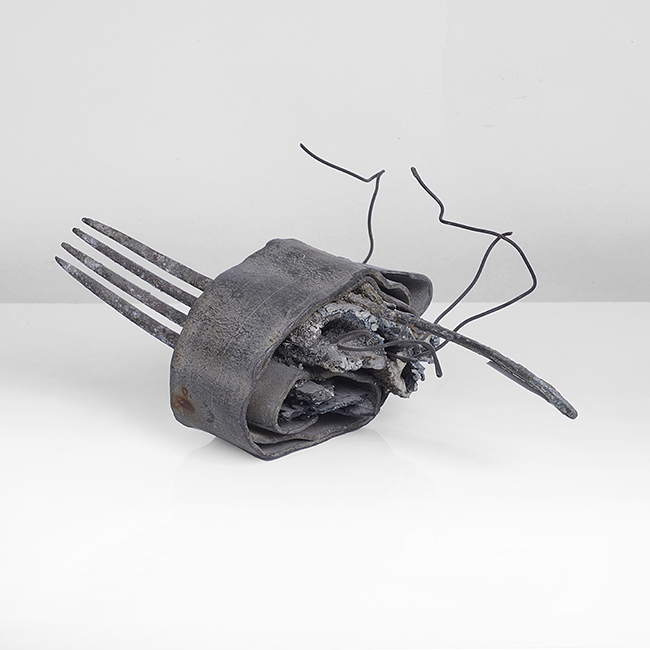