Britton is one of a group of women to graduate from the Royal College of Art in the 1970’s who have gone on to become major contributors to ceramic art and have come to be known as the ‘RCA’ group.

Though highly sculptural the context of her work always revolves around the vessel. The decorative surfaces of her angular slab built pots, rather than glazed in the traditional sense, have the gestural painted decoration applied to the slabs before construction so that the surfaces appear more like a painted canvas than a glazed pot. Britton enjoys an international following and in 1990 was awarded the OBE in recognition of her achievements as both an artist and widely published writer. 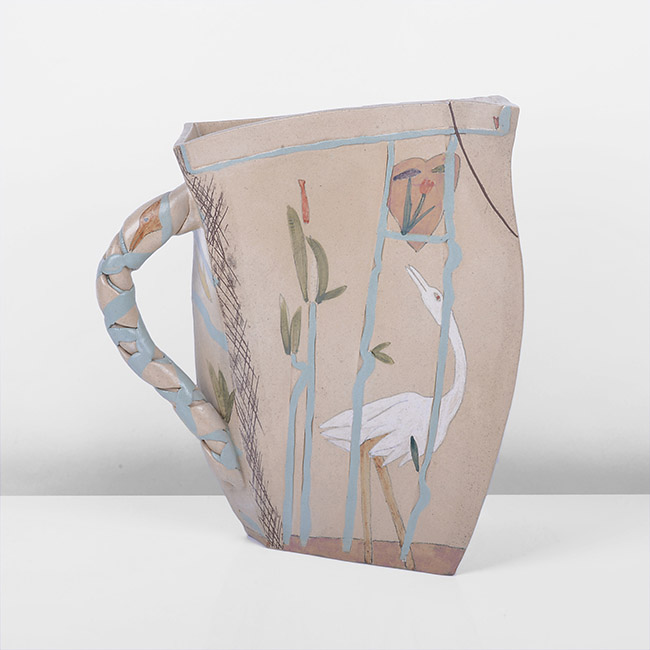 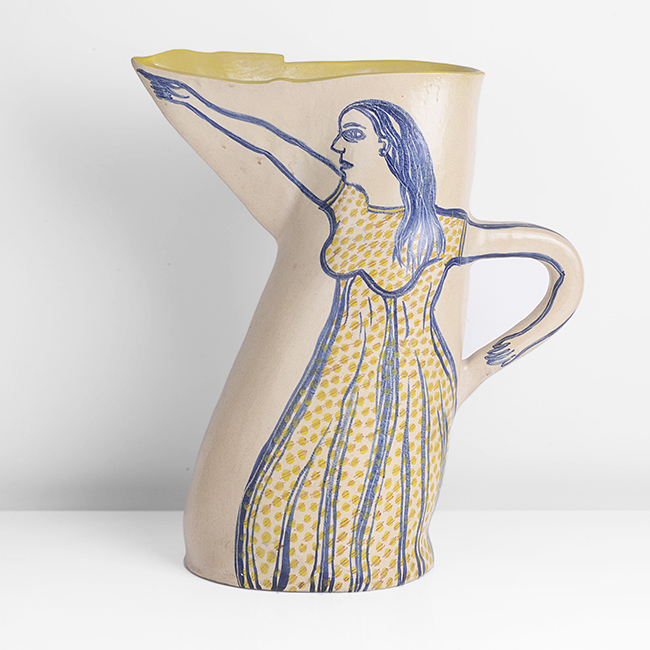 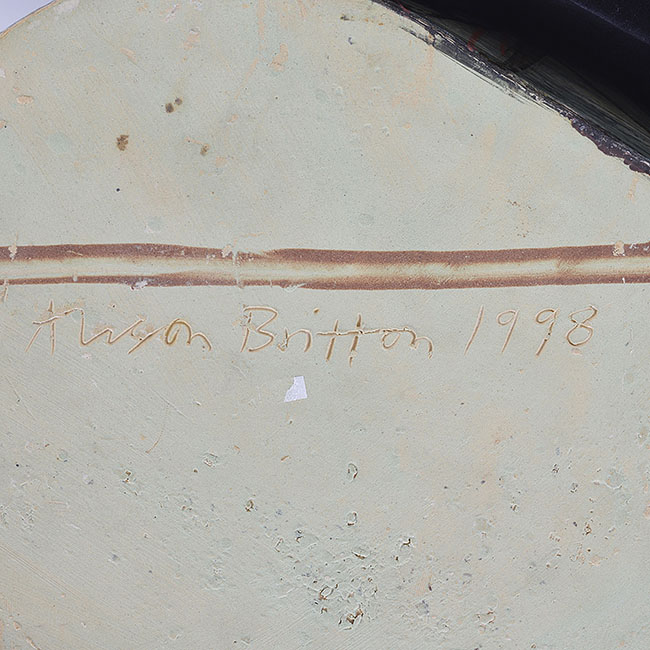 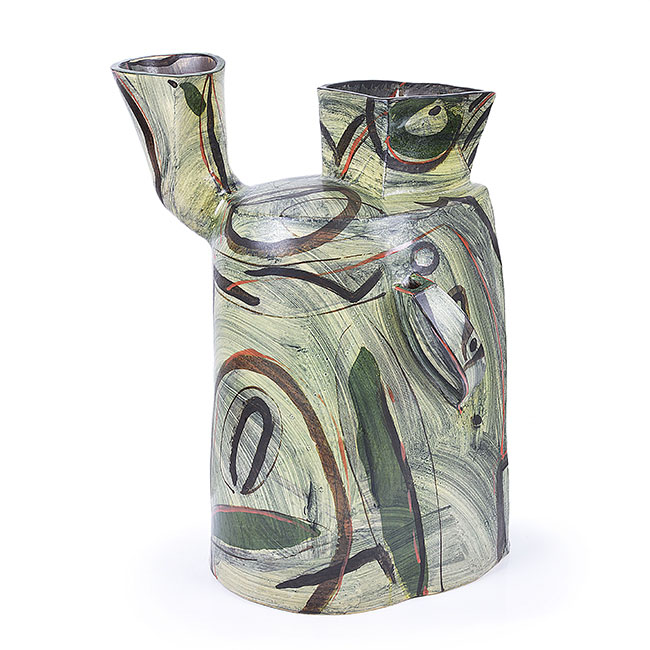