Maak is pleased to present their latest Contemporary Ceramics auction of studio pottery and contemporary ceramic art which is now previewing online. All the artworks in the auction will be on view at the Royal Opera Arcade Gallery, 5 Pall Mall, London SW1Y 4UY from 27 to 30 October 2014.

The auction will provide another opportunity for collectors and enthusiasts of studio ceramics to see and acquire works by the leading names in British and International Studio Ceramics.

The October auction includes an edited selection from a substantial German private collection. "The collection was exceptional in its scale, comprising of over 2000 individual works by mostly European and British ceramics. Gathered over a 10 to 15 year period, it's one of the largest private collections that I've ever seen. The majority of  the works date from the 1980s and many of the leading makers from this period are well represented in the collection" says Marijke Varrall-Jones.  A little over 200 works of predominantly British works have been specially selected from the collection, the first group of which will be offered in the October auction.

This post-modernist generation of potters, emerging in the 1970s and becoming well established by the early 1980s, felt free to explore areas that had been scorned by previous generations. They were eclectic in their influences and experimental in their approaches, freely incorporating pattern and decoration as demonstrated in the large Vessel Form by Alison Britton from 1986, offered in the auction for £3,000-4,000. The auction also includes a number of fine delicate slipcast porcelain bowls by her fellow graduate from the Royal College, Jacqueline Poncelet, offered for between  £600 and £1,200. Figurative imagery, humour and narrative also became prevailing themes with ceramicists borrowing references, styles and techniques from both industry and sources outside the realm of pottery as seen in the work of Carol McNicoll which also features in the auction. High art and low art were incorporated without concern for traditional boundaries or artistic etiquette. The Art School graduates of this period shared a growing belief in the notion of ceramics as fine art and it is not surprising that works from this period onwards were increasingly referred to as Ceramic Art rather than Studio Pottery.

Also selected for the auction is a group of works by Dutch Ceramic Artists including a very fine work by Babs Haenen offered for £2,000-3,000.

“The Maak online auction platform gives our clients much greater accessibility to participate in our auctions and, as a result, for a small specialist market, we enjoy a wide international reach with buyers participating from the UK, Europe, the US, Japan, Russia, Hong Kong, Australia and more. Despite the growing confidence in buying fine art online we believe it remains essential for us to maintain a physical gallery presence for the auction viewing as it is important that clients can physically see and handle the works. These exhibitions offer a rare chance for the public to see good representative examples of the very best in international and British Studio Ceramics.”

All lots are available to view online from 9 October at www.maaklondon.com.

All the works in the auction will be on public view at the Royal Opera Arcade Gallery 5 Pall Mall, London SW1Y 4UYfrom Monday 27 to Thursday 30 October.

The auction will take place online via Maak's iRostrum online auction platform with bidding going live on 27 October and concluding from 10am on Thursday 30 October. 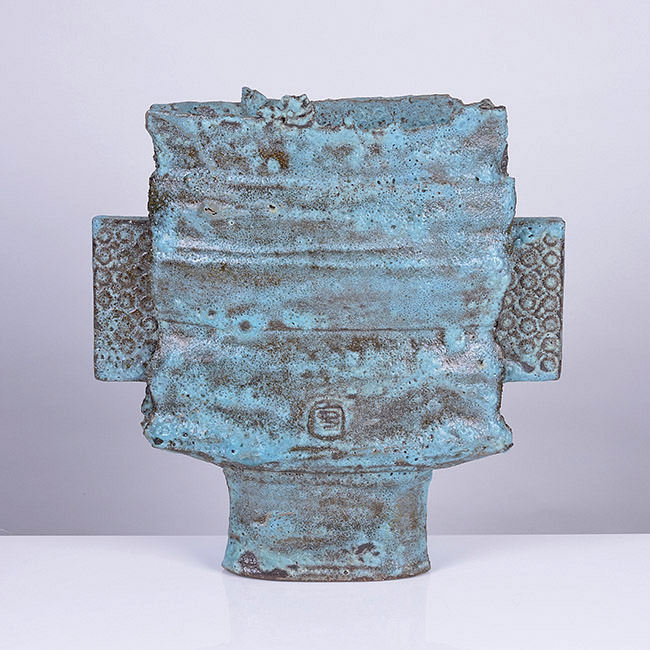