The sale of Modern + Contemporary Ceramics brought together a comprehensive cross section of leading studio ceramicists from the past century and included a high representative per cent of female artists. The resulting sales reaffirm the continued passion and strength of interest in female potters, which matches that of their male counterparts. Traditional studio potter Janet Leach exceeded estimates with her Tall Vessel, c.1965 (Lot 54) fetching £2,040. Katharine Pleydell-Bouverie achieved an outstanding £2,400 hammer price for her Globular Pot (Lot 56), and Norah Braden’s beautiful work Large Globular Jar (Lot 58) doubled expectation with a hammer price of £1,400.

This Autumn sale reaffirmed not only a solid and healthy female presence, but the strength in the market for all periods of studio ceramics. Early traditional potters such as Bernard Leach achieved £8,400 with his Large Pilgrim Bottle (Lot 18), while mid-century masters such as Hans Coper continued to dominate the top slots with both Squeezed Vase Form, 1972 (Lot 124) and Cup on Foot, c. 1972 (Lot 125) exceeding their estimates and reaching £33,600 each. Meanwhile, more contemporary works by Rupert Spira were hotly contested. Spira’s Cylinder Vase (Lot 293) fetched £4,080, whilst two small Poem Bowls (Lots 298 & 295) reached £3,120 each.

Alongside the main sale, Maak’s specialist sale, The Art of Sake, brought to the market a collection of over 80 sake ware drawn from a single, esteemed Parisian collection. The resulting 93% sale by lot was indicative of Maak’s specialist international audiences who are both passionate and knowledgeable about ceramics. The final hammer price for the collection was £22,857. Highlight sales include Wada Morihiro’s beautiful Guinomi (Lot 78), which sold for £1,560, and Kouchi Hidetoshi’s Oribe Guinomi (Lot 40), which broke the estimated hammer price of £200 - 300 to fetch £750.

Maak is renowned for their selection process to stage comprehensive sales offering the very best representation of the British Studio Ceramic tradition. For the autumn sale, the preview on Pall Mall welcomed hundreds of visitors over the course of four days, while collectors from over 60 countries visited the online bidding platform.

Maak contemporary ceramics is a specialist auctioneer and art consultancy that is dedicated to ceramic art of the 20th and 21st centuries. Maak was established in 2008 by Marijke Varrall-Jones, former Head of Contemporary Ceramics at Bonhams. They hold two auctions a year which are conscientiously curated to offer works by a broad selection of ceramic artists, reflecting all the major developments, with particular emphasis on British Studio Ceramics. The Maak Contemporary Ceramics auctions have become well established amongst collectors and feature fine examples by the leading names in the field, from the early traditionalist potters such as Bernard Leach to contemporary ceramic artists including Edmund de Waal.

For further press information or images: 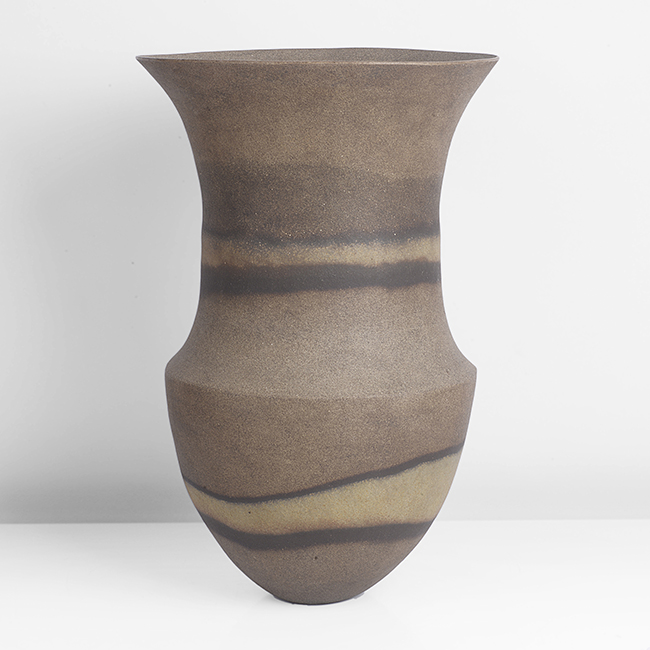