A Language of Form & Material

York born artist, Joanna Constantinidis had a career in ceramics stretching over 50 years, creating her own language through clay and pushing the boundaries of the ‘thrown’ vessel.

Her interest in ceramics grew from an early introduction to ancient Greek art and architecture whist at grammar school in Sheffield. Although art was not formally taught within the school curriculum, teachers including Dorothy Kemp who was at the Leach Pottery encouraged her to begin drawing and painting at home.

Inspired by this, she went on to study fine art at Sheffield College of Art later choosing ceramics as her chosen medium. She was taught by ceramic sculptor HR Stone, who like Dorothy Kemp had an interest in slipware pottery. It wasn’t until she started teaching at Chelmsford technical college did she start to experiment on the wheel and develop her throwing skills. Although initially her work was explorative in techniques such as slipware and saltglaze, she became dissatisfied with decoration and focused on form and line. Remembering the words of her former drawing teacher Eric Jones who said, “one can do so much in a single line”, she turned to throwing forms and altering them with post wheel modifications.

After visiting exhibitions by leading potters such as Hans Coper and Lucie Rie in the 1950’s she began to refine her practice, focusing on tall vessel and bowls. She continually explored forms and asymmetry giving the pots what she called “latent energy”; a tension build up through the rising clay and the potters hand.

This body pot is a fine example of her work, eliminating glazes and focusing on the “bone” of the pot as she called it. It was produced in around 1975 when she was midway through her career and producing variations of this iconic form. Only two years later she was awarded the Medal of Honour at the international exhibition of ceramics art in Faenza.

It was sold on Thursday 13 May 2021 at the Modern + Contemporary Maak auction with fierce competition resulting in a World Record Price of £18,000 inclusive of fees.

View this an more examples of her work here 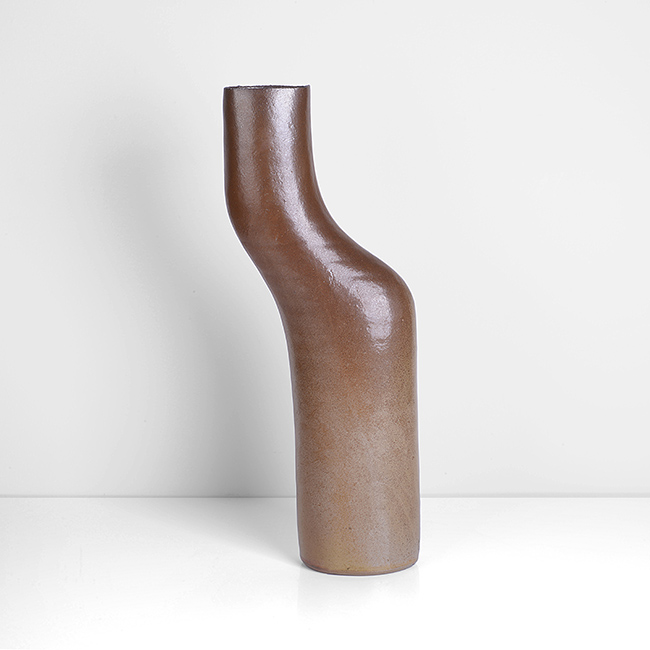