Heber Mathews originally studied painting, but turned his focus to ceramics at the Royal Collect of Art where he was taught by William Staite Murray. He went on to be a teacher himself, at Woolwich Polytechnic between 1932-1959, becoming Head of the Art School. It was whilst at Woolwich that Hans Coper came to him to learn to throw. Mathews is one of Staite Murray’s best-known pupils, with Staite Murray writing of Mathews after his death that he was one of his ‘…few students who sensed the inner meaning of potting, and saw the pots, when infused with vitality could be an articulating art.’ Mathews worked in stoneware and porcelain, his works frequently with minimal decoration and relying on subtle glazes. 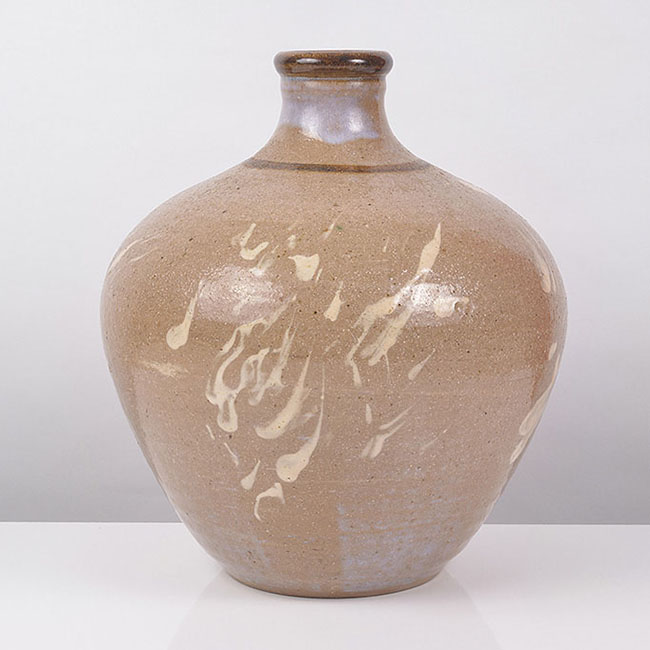