Hamada started his ceramic career unconventionally in a technical school in Tokyo. It is through this experience that he began developing his style, by selecting and developing techniques from the different ceramic modes he came across. He was conscious of the talented artists before him and in his work wished to capture and emulate the spirit of these often uncelebrated potters.

Despite the origins of his career he became a major figure in the Mingei folk-art movement and his lifetime’s dedication to the art gained him international recognition, especially in the West. After his three year visit to England, with time spent with Bernard Leach, he returned to Japan to establish his workshop in Mashiko, and he was declared a 'national living treasure'. He died in 1978.

To quote Leach, “Conficius said ‘the wise man is he who in his maturity discovered how to make natural uses of his gifts with which he was born’. Hamada does this very thing to an unusual degree….behind the hands and the eyes his mind cool and warm  at the same time, makes fast intuitive decisions for the pot as a whole and thus it becomes a living expression of the man himself”. 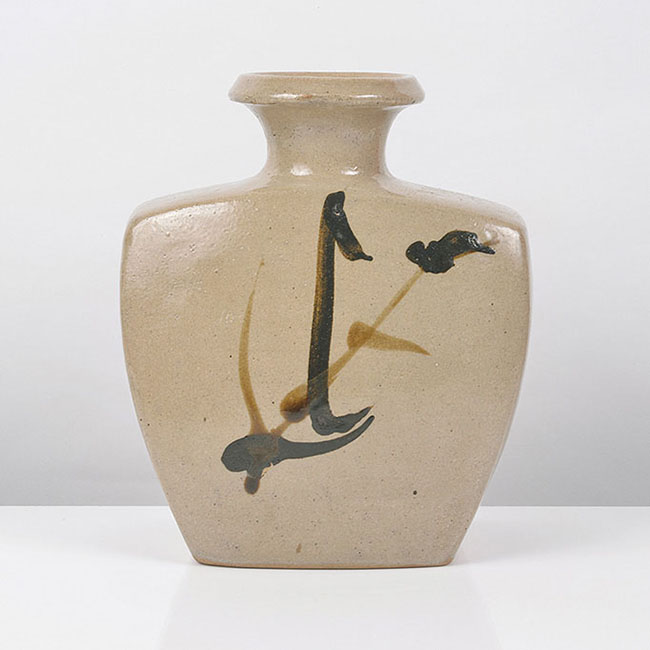