Spira was born in England in 1960 and he began studying pottery at Wenford Bridge Pottery with Henry Hammond and later Michael Cardew. His initial works were influenced by Bernard Leach, and often took the form of functionality, such as vases and teapots. Although he still creates practical items, on moving to Shropshire he developed a modern style that he became famed for.

He combines his literary interest by adding poetry to his vessels, either written by himself or Kathleen Raine, by scratching words into the clay or using embossed letters on a block or line across the vessel. He has also become known for his minimalist black and white long cylindrical pieces, of which can be grouped together or enjoyed singularly. 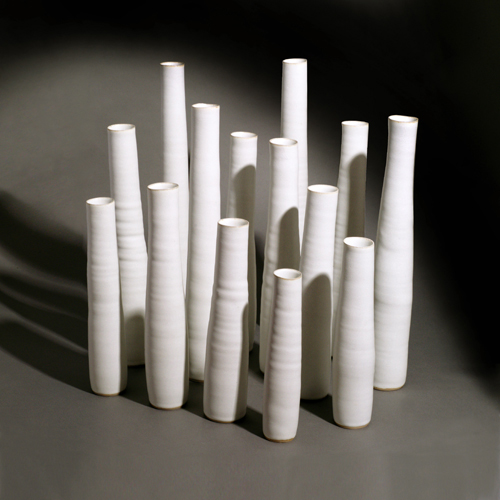