Janet Leach (1918-1997), nee Darnell, was born in Texas, USA. She made stoneware and porcelain pots, thrown, coiled or slab built, with minimal decoration and glaze. She enrolled in sculpture classes in New York (1938) and worked as a sculptor's assistant on the Federal Art Project and for Robert Cronback on architectural commissions.

Following war she worked as a welder on ships on Staten Island (1939-1945), her interest in pottery began in 1947 and she trained at Inwood Pottery and Alfred University, USA. She met Bernard Leach, Soetsu Yanagi and Shoji Hamada at Black Mountain College, when they toured America (1952). It was then that she became interested in the Japanese technique and the philosophy of pottery. She went to Japan where she spent two years studying under Hamada, whom she always considered her principal mentor (1954). She was the first foreign woman to study pottery in Japan and only the second westerner.

In 1956, she settled in Britain after her marriage to Bernard Leach and together they ran the Leach Pottery in St. Ives, Cornwall. After Bernard Leach died in 1979, Janet continued potting, throwing individual pieces in a variety of clays and using different firing techniques. She exhibited widely and held regular one-person shows in England and Japan. Her work can be found in many public collections in the UK and abroad. 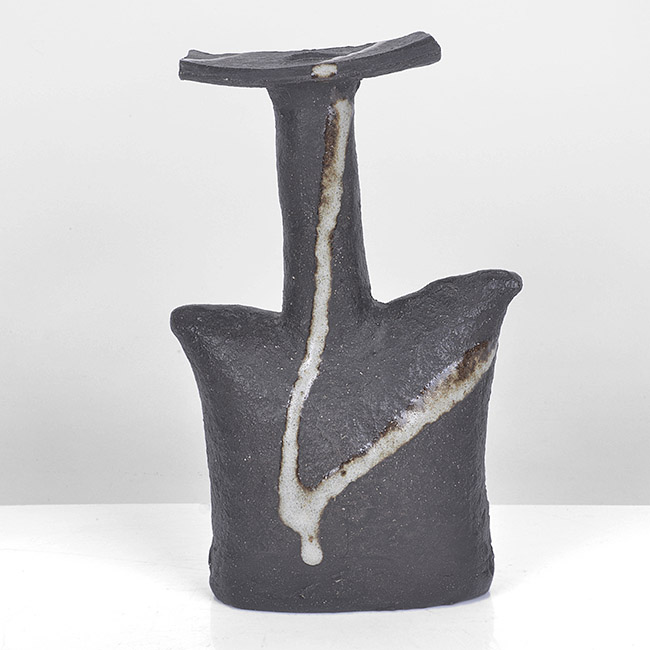