Bound has had a life in three countries and from each has collected a poignant influence for his rugged and tactile work. He was born in New York City in 1939 and then left for Africa in 1968, at the age of 28. It wasn’t until 1983 when he was teaching that he turned his hand to clay, later building a wood fired kiln on his farm in Wales when he now resides.

He approaches making in an experimental way, “letting go and allowing things to happen”. Working on both the wheel and hand building, he often brings sections together and incorporates found objects. His works are fired in a traditional, anagama kiln, ‘they come out bearing the scars and encrusted deposits from a protracted battle with smoke, ash and rivers of flame.’ 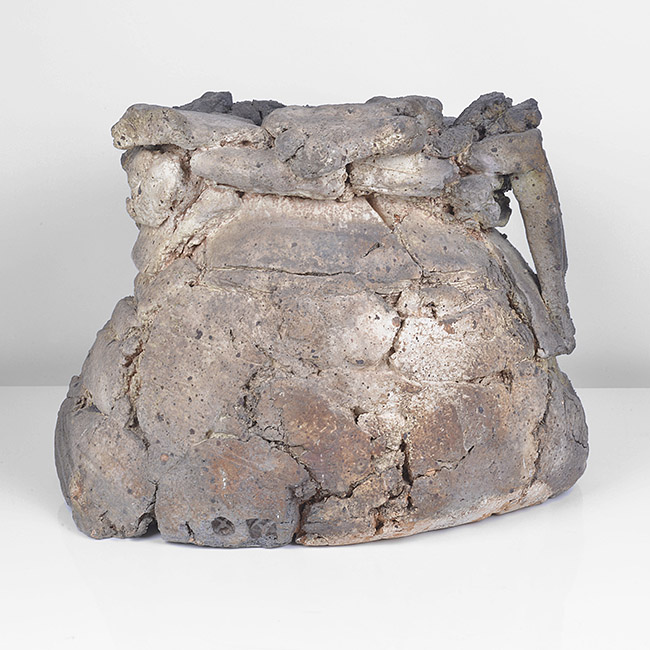