Alan Caiger-Smith was born in Buenos Aires, Argentina in 1930.

Having studied painting and drawing at the Camberwell School of Arts and Crafts in 1947 he went on to read History at King's College, Cambridge, graduating in 1952. He trained in pottery at the Central School of Art and Design in 1954 under Dora Billington.

In 1955 Caiger-Smith established the Aldermaston Pottery in Berkshire with Geoffrey Eastop. Aldermaston began as a cooperative workshop of seven potters making functional domestic ware and tiles, as well as individual commissions and one-off pots. Inspired by the Near Eastern ceramic tradition, Caiger-Smith has become world renowned for his tin-glazed earthenware with lustrous surfaces decorated with complex patterns of calligraphic brush strokes against a white ground. His work can be seen in many public collections worldwide.

Alongside his work as a potter, Caiger-Smith is a respected historian, writing comprehensively about his areas of expertise - tin glazed earthenwares and lustrewares in the Hispano-Moresque traditions.

In 1973 he published his first book Tin-Glaze Pottery and his history of lustre ware Lustre Pottery was published in 1985.

Caiger-Smith was Chairman of the British Crafts Centre 1974-1978 and was awarded the MBE in 1988. He ceased employing assistants in 1993 to concentrate on personal work and fully retired in 2006. 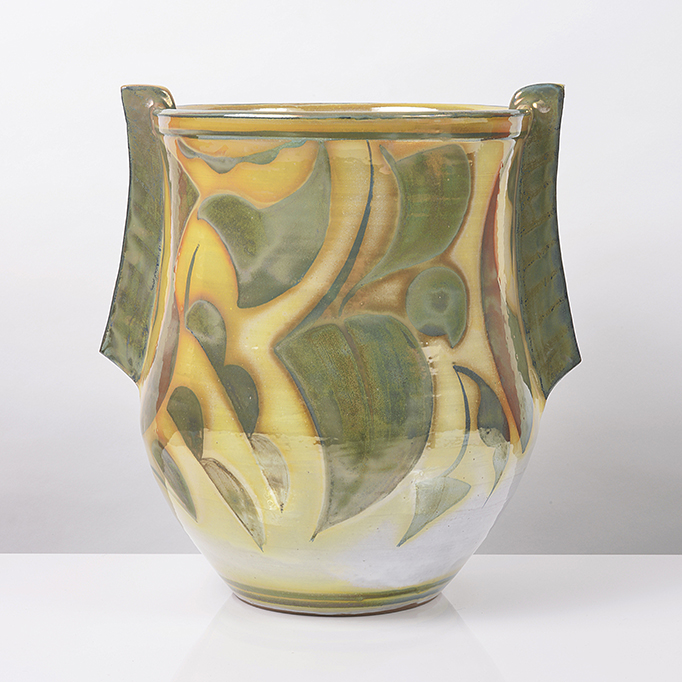