The concept for Living Collections was borne from an enlightening conversation with the lady whose survey collection of around 100 British Studio Ceramics forms a major part of Maak’s autumn Modern + Contemporary Ceramics auction.

This exceptional single owner collection was gathered over a forty year period by a couple from Miami, whose lifelong passion for ceramics will resonate with anyone who shares the joy that living with the unique qualities of ceramics art can bring. Over four decades the collection grew to become a broad survey to include highlights by Bernard and David Leach, William Staite Murray, Lucie Rie, Hans Coper, Ian Godfrey, Joanna Constantinidis, John Ward, John Maltby and Emmanuel Cooper amongst many others.

Over the course of the conversation it was apparent that the process of collecting is so much more than a purely acquisitional endeavour.

The couple’s interest in ceramics began with a chance visit to local artist studio in the 1970s in Miami’s Coconut Grove which sparked an interest in the process. The couple joined the local ceramics league and she took a hand building course, whilst he took a more academic approach in his interest and at a local art bookstore happened across the book ‘Hamada Pottery’ by Bernard Leach. The couple both read it and were absolutely fascinated by the artist, the history and the process. They began subscribing to pottery magazines in the UK and this soon prompted their first visit to the UK.

‘We decided out first trip to the UK would have to be to St Ives and the Leach Pottery. This started our love affair with British Studio Ceramics.’

Subsequent visits to the UK would see them renting a car and heading off to explore the countryside to ‘go on the hunt’ in search of artist studios, potteries and craft fairs. As is the case with many collectors, the memories created through the process of collecting and how they subsequently lived with the pieces became as important as the pieces themselves.

‘This was like our play time. We passed up a lot of things but enjoyed them, yet didn’t want them in our collection, but enjoyed others and thought, hey this is something we want in our home, and this is how we bought things.’

With the range and diversity of studio ceramics growing ever wider over the course of the 20th century it is unusual to see a collection that is simultaneously both comprehensive and coherent. More often than not a collector’s devotion to the work of a particular artist, or group of artists, leads to a hugely interesting collection in terms of an indepth understanding of a singular output. However when it comes to offering such a collection to the market it becomes difficult to consider as a single offering without risking overexposure and a division of interest.

In the case of the Miami collection, the nature of it having been an entirely joint enterprise no doubt helped to bring diversity and balance to the collection as a whole.

This parallel approach balanced each other beautifully to form a truly varied survey collection. The process of deciding which pieces would be selected to add to their collection was very much a shared approach. They would both discuss it and it would be

‘decided between the two of us, which ones we enjoyed and we both more of less crossed over into each other's territory. There was really no problem, we only bought what we liked, never for investment, something we wanted to live with and enjoy.’

Living with the collection brought the couple immeasurable pleasure over the course of forty years. As anyone who has curated their own collection, however large or small, will understand, the process of placing and repositioning works sparks endless dialogues between them. By either emphasising the similarities or contrasts between works they talk to each other and interact in different ways allowing you to continually revive the collection and observe things in a new light. Building a collection such as this, and then actively living with it, ensures it becomes entwined with your family narrative and history.

‘It was a Living Collection, not something that was brought and put away. I would move things around, according to colour and the season and how I feel. It was a wonderful thing for us, it was a living object for us too. We would go around them and look at them and we knew where we bought each piece so we could go back through memory lane. This was a large part of our enjoyment, it was the whole process. They actually became part of our life; they were the welcome guests in our house. They became part of our family.’

As with all living things, life with a collection is transient. The couple’s collecting gradually slowed by the late 1990s due to health issues and more limited opportunities to travel to the UK. In selling the collection as a whole, it has given the collector and Maak the opportunity to celebrate a lifetime’s shared passion. In the collector’s own words,

‘I decided at this time, I would sell my collection and let somebody else get as much enjoyment out of it as I have had of it in the past.’ 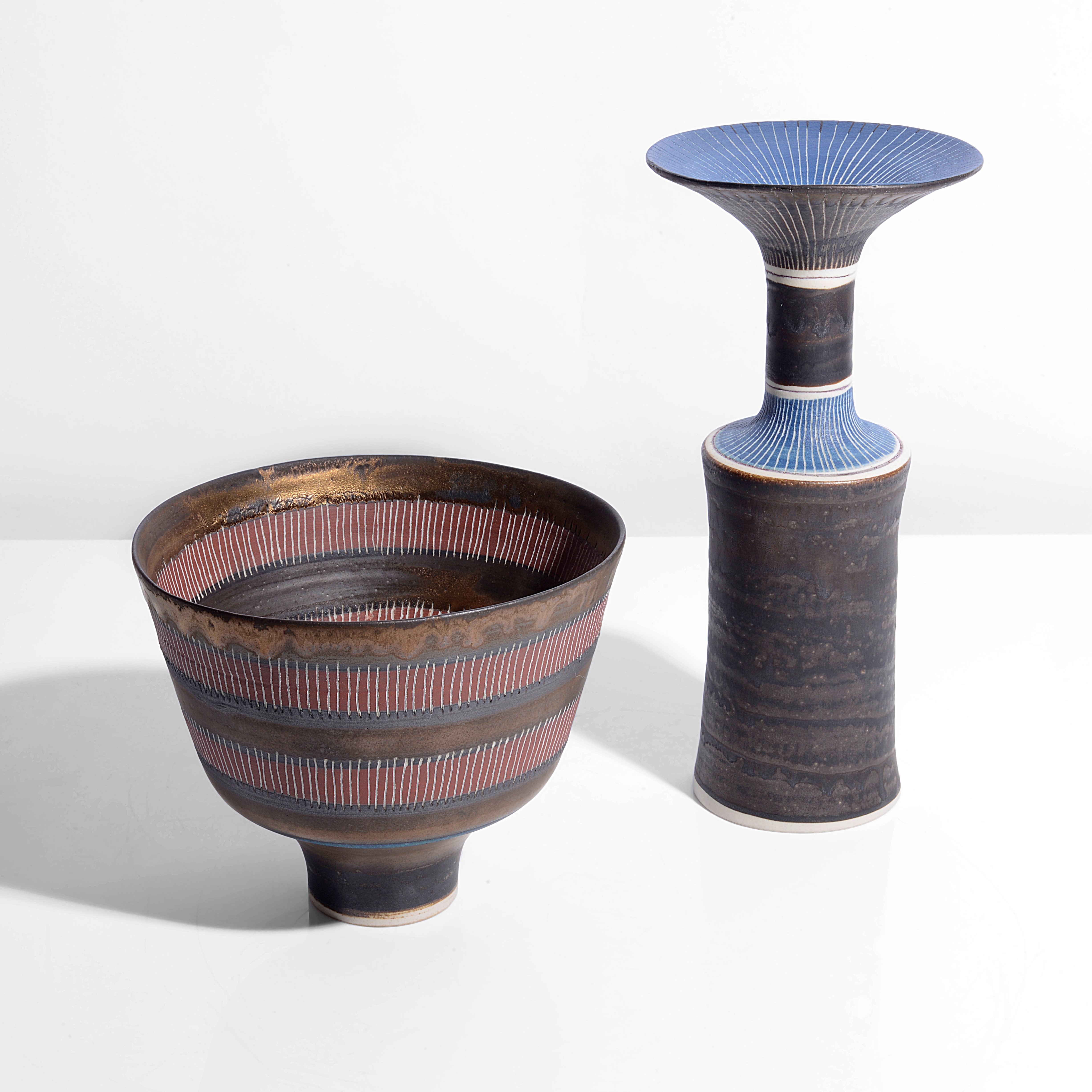