Felicity Aylieff began her studies at Bath Academy of Arts in 1972 before completing post graduate courses at Goldsmiths in the late 1970’s and then Royal College of Art in the mid 1990’s. Throughout her evolving career education has continued to play a prominent role. She is party to many programmes and committees and has taught at the RCA since 2001.
Her studio has been based in Bath for the last 3 decades but more recently she developed a collaborative relationship with Jingdezhen, China where she has been making monumental works.

Her work explores contemporary translations of traditionally used techniques through colour, pattern, and form. Her work can be found in some of the most notable International private and public collections including the Victoria and Albert Museum, London. 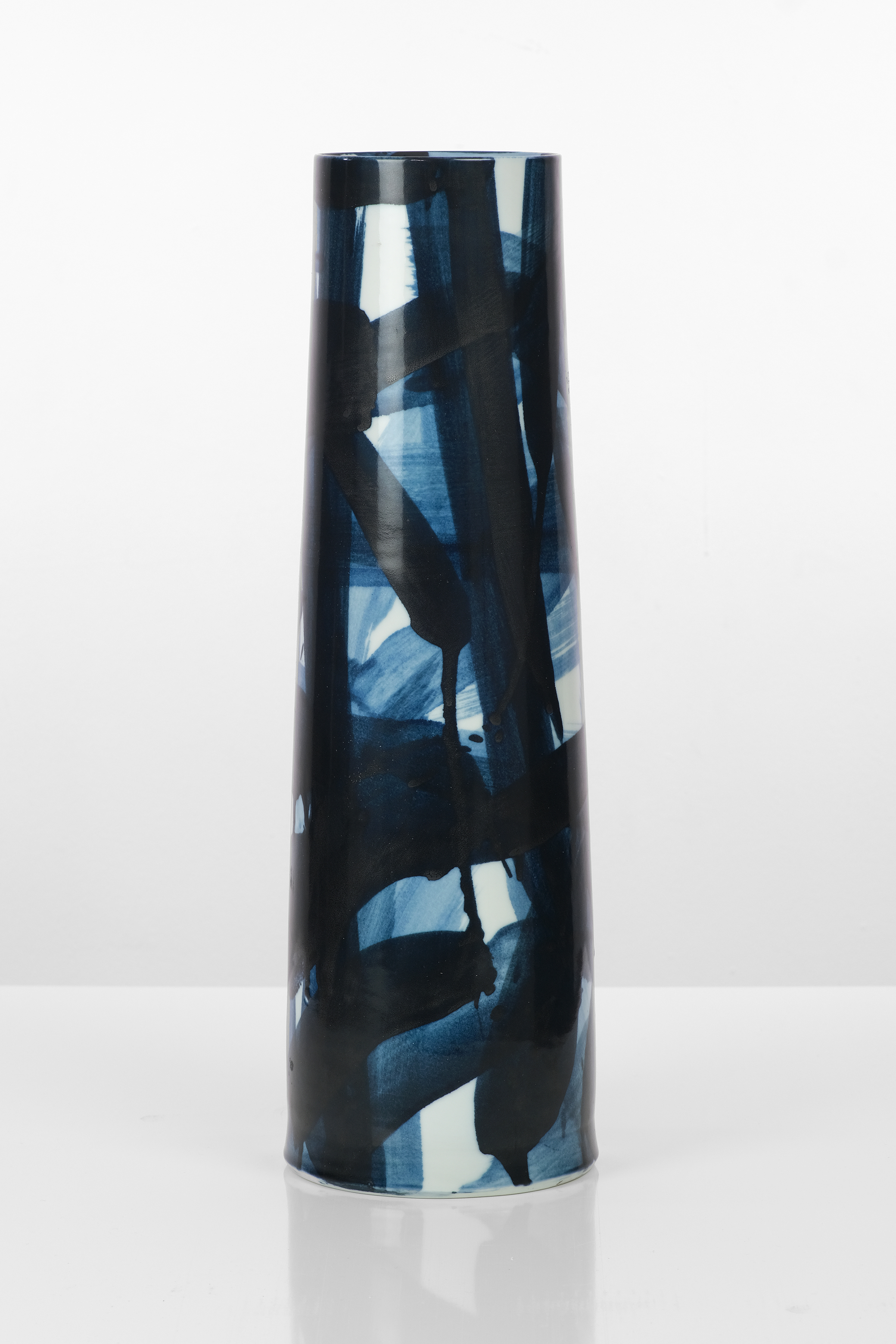